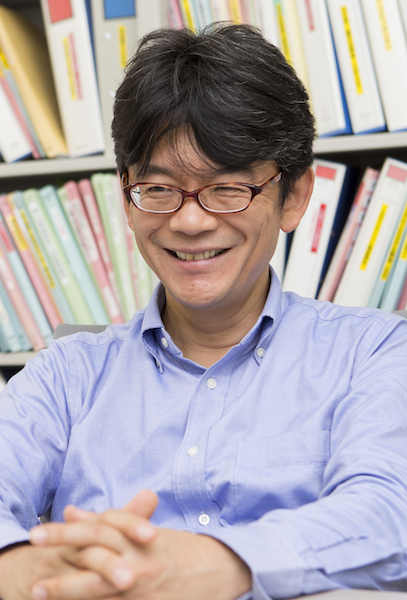 We all make mistakes. The role of technology is to compensate for these shortcomings.

Are the psychology of human behavior and the functioning of the brain the subject of research? When we see other people's behavior, we unconsciously act similarly. In collaboration with Professor Ryuta Kawashima, a leading brain researcher, the Takahashi Lab experimented using an empathetic brain measurement program developed by the lab to determine whether brain activity is empathetic between an audience member who laughs at a comic story and a comic actor who performs it. The experiment was broadcasted on TV. Why does the Takahashi Lab conduct such experiments on human biological responses?

The rapid progress of technology has inherent dangers that a small mistake by a person operating a large-scale system can lead to a severe accident. When an error is made in our society, we ask ourselves, "Why did I make a mistake? "I'm not paying enough attention. We tend to think of it as a problem of human origin.

But is that true? By nature, people make mistakes no matter how careful they are. Based on this idea, we are researching to improve the safety of large-scale systems, including human-system interface technology, to reduce errors to as close to zero as possible.

In the past, the primary goal of engineering laboratories has been to improve the performance of the software or hardware that operates the system. In this laboratory, we first focus on the human operators and study their behavior, psychology, and brain activity to clarify the causes and mechanisms of human errors and develop interfaces and systems to prevent such mistakes and to study manuals for operation. We are also studying engineering approaches to prevent human factor accidents that occur in large-scale systems.

We are also researching mutual understanding activities (risk communication) through dialogue and improving the social acceptability of the risk concept for science and technology.